Rise of the Androcators: Will Machines Take Over The Teaching Profession?

“At first, the apps invaded the worksheets,

Then the tablets took over the textbooks,

And then, the Androcators arrived…”

And they will come. The teaching profession has lost its luster. Teachers are exhausted from the tedious work of lesson planning and marking, tired of the lack of decent pay and respect for the profession. A career as an educator used to be a 20-30 plus year trade but now reduced to about a 3-5 year “bid”. The shortage of dedicated professionals in the classrooms could lead to bigger classes, or, worse, to the automation of the field.

“I think. Therefore, I am” – Bladerunner

The curse (and blessing) of the rapid technological advancements of the past 30 years is that automation can sometimes replace human-run jobs. Between 1811 and 1816, a group of technology-fearing weavers, called Luddites, routinely attacked loom machines in protest to the loss of their trade. Their call to action was spurred by their proverbial reading of the tea leaves – they were no longer needed. Fast-forward to the 21st century and we see that technological advances have helped the overall world economy and contributed to the displacement of human capital to do other great things (hopefully). 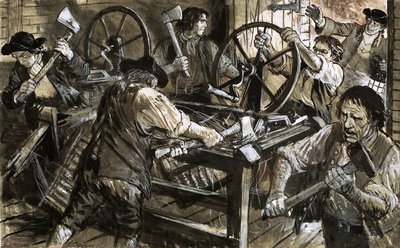 More machines and computers and less manual laborers are on the floors of car manufacturing factories; specialized website and computer programs hijacked some aspects tax programs that accountants used to monopolize, and people don’t need wedding DJs since iTunes and the likes are holding down the “shake your groove thing” fort.   However, today a few age-old professions such as nurses, police/soldiers, and teachers are still viewed as nearly untouchable to the idea of being replaceable with automated inventions. People who have big hearts run these occupations – no algorithm-run machine can replace what they do. But, is this a bad case of occupational hubris of titanic proportions?

“ I am a living, thinking entity that was created in the sea of information.” – Batou, Ghost in the Shell

Already, in places like Japan, robot nurses are being introduced into the field. It’s in the developing stages, but has potential in this occupation of very high shortages. In the U.S. and other advanced military countries, Robocops and Robosoldiers are in the making as well (heck, military drones already have replaced the need for attack plane pilots). What makes teachers so secure from robots?

We can build you.

Industrialists and technocrats of hardcore capitalist societies are always ten steps ahead of everyone else. Their mantra is similar to Beyoncé’s “Irreplaceable”. They can have another you (the teacher) any minute; matter of fact, he’ll be here in a minute. Faced with shrinking budgets, shrinking human capital (i.e. more teachers), and rising school

A New York Times picture of Engkey, a teaching robot in South Korea.

enrollments, it seems almost inevitable for machines to take over the education profession.

These android educators, I will call them androcators (I think I need a copyright on that name), are around the corner. Korea is already experimenting with androcators. Please keep in mind how long it took the U.S. and other countries to catch up with Korea and Japan’s cell phone capabilities and video game illness diagnoses. The machines are around the corner and coming to a classroom near you!

The Future is Now

Our 21st-century students are already geared to self-discovery via technologically driven tools. My brother-in-law learned how to create mobile games from watching YouTube videos, and my son learned his English and Arabic ABCs (Alif, Baa, Taa) on his iPad. Imagine how many people learned how to play guitar, apply makeup, or perform calculus without the help of being in the presence of professional educators. In other words, many of today’s learners do not necessarily need the physical presence of an instructor to discover, study, and produce creative works. If anything, modern technology has replaced the stereotypical worksheet administering shell of a teacher who is there to keep the teacher’s chair warm and cash a check.

What to do? Should we send a teacher-soldier in the past to destroy SkyNet before it activates the Androcator T-1000? 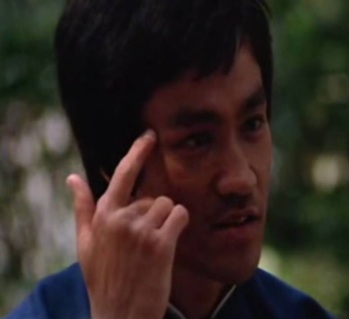 This is not possible and this is not a movie; it’s just my prediction. But I honestly believe that as professional educators, we need to stay on our toes with diversifying our abilities as professionals in the classroom and beyond (we are not “doomed” to being “just a teacher” all of our lives). Many other jobs could use the skillsets you developed as a teacher.

Moreover, as Bruce Lee so poignantly asserted “Don’t think! Feel!” As an in-tuned, passionate educator, one must have his or her heart in the classroom. Students can see and will appreciate it for years on end. Love is what will separate the competent and admired teachers from the drones and androcators. But when the thrill is gone, when the love for the profession has tipped toward it being just another job, figure out how the Android teachers would like their break room coffee. 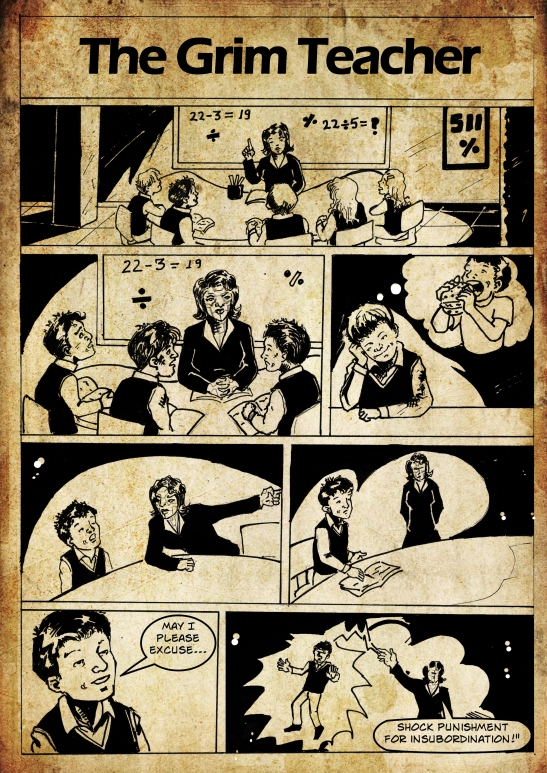 This entry was posted on April 27, 2016 by Jason Khaleed Hayes in Tips For Teachers and tagged android, bladerunner, Education, ghost in the shell, industrial revolution, machines, teachers.