Smartasses: You can teach with them, but you can’t teach without them

It’s usually that one student who has to say some smartass comment. They can’t help it, it’s in their nature and it’s their duty because they’re a smartass. Smartasses are a cut from a different funky fabric. This group of silver-tongued students come in different shapes and sizes – a spectrum, if you will. You have the Type 1 Smartass: innocent, doe-eyed, “was it something that I said?” smartass; these guys, like novice language learners, sometimes take things too literally. Then there is the Type 2 Smartass: classical class clown hurling unwarranted comments like lit M-80s. You know of the Type 3 Smartass: the “slightly more cynical than others” snarky smartass whose statements serve to lacerate thin and thick skin. Lastly, and definitely not least, the Type 4 Smartass: “you people need to unplug from the matrix and rage against the machine” smartass. These guys are rebels and have an amazing mutant ability of seeing faults, redundancies, and inaccuracies and then telling you about them even if you don’t want to hear it.

At the beginning of the year, I try to scout out and conduct research on these smartasses because I believe they can academically make or behaviorally break a classroom environment. My intentions are not to seek and destroy them, but to identify and neutralize/prevent any potential negative effects their energies bring to the classroom and convert them to positive tools in the learning atmosphere. Their gift of verbal dexterity can be a wonderful skill to the classroom environment and to their self-esteem.

In other words, the smartass can be and is our friend, a needed ally of a class that needs someone to look at and phrase things from a different perspective.

“That smartass mouth of yours is gonna get you in trouble,” – Anonymous parent/teacher

Smartasses usually get in trouble because of their mouth- mainly Type 2s, 3s, and 4s. Their passive-aggressive taunts layered in quips are the bane of many parents and teachers. But why are their antics so reviled? Most often, the delivery and timing of their commentary are the downfall of many smartasses. However, more often than not, reactionary responses to smartasses’ comments usually exacerbate interactions with smartasses, resulting in depreciating opinions teachers and other authorities have of them; hence, the more trouble the smartass gets into. But there are ways to redirect smartasses when they get going, such as de-escalating situations with them to avoid losing face from the acidic venom many of them are known for spewing.

Going to war with a smartass: R.I.P to You

Evading a student with a sharp tongue may save him/her and you.

Nine times out of 10, you’re sealing you’re fate when you verbally go toe-to-toe with most smartasses.

Unless you are a quick-witted, verbally gifted smartass yourself who doesn’t mind getting a little dirty, it is best to not engage with types 2, 3, and 4 smartasses. Trading verbal barbs back and forth will NOT end well for you.

It is their strength, their home turf. When smartasses launch their smartass comments, they become like the one-dimensional, power-punching slugger who hopes the slick boxer engages in a slugfest. Smartasses goad you into their world of verbal jousting when they lace many of their smartass comments with “I wish a teacher would” intentions.

Essentially, you must recognize that in the realm of smartass-dom, they have the ultimate advantage – don’t eat out of their hands by playing their game. In Sun Tzu’s “Art of War”, he states that if the “enemy is in superior strength, evade him.”

However, there are effective ways to engage types 2, 3, and 4 smartasses to create win/win situations- it totally depends on the context, so user discretion is highly advised. Using classroom aikido (using the opponents’ energy against them or for your benefit) can improve both you and the smartass’s standing. Sometimes ignoring their comments, kindly yet sternly condemning their antics, co-opting their comments (especially if their intention is to get under your skin), giving them time in class for standup comedy (Type 2 – goes with the West African kingdom idea of allowing people to use humor, especially humor directed at the establishment, to alleviate pent-up anger towards the establishment), pull aside method when no one is paying attention (good so that a spectacle is not made, having an audience is vital for them), the smartass whisperer (say a few things to give them warnings, etc.). You don’t have to go to war with smartasses everyday nor do you have to employ some type of “rope-a-dope” strategy¾the key is converting their smartass energy into a neutralized or positive force.

However, I wrote this blog to praise the smartass, not to bury him/her! Too often wise guys get negatively labeled and seen as class albatrosses. The smartass has a gift from which the class can benefit.

The Little Smartass Engine That Could… (Nurturing the Smartass) 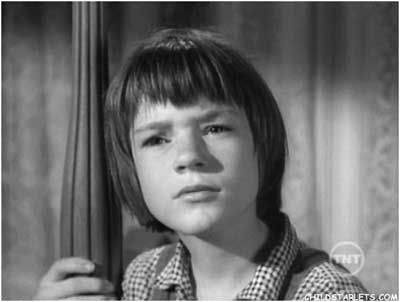 “I was not so sure, but Jem told me I was being a girl, that girls always imagined things, that’s why other people hated them so, and if I started behaving like one I could just go off and find some to play with.” – Scout, from To Kill a Mockingbird.

“I was not so sure, but Jem told me I was being a girl, that girls always imagined things, that’s why other people hated them so, and if I started behaving like one I could just go off and find some to play with.”

Scout, the central character in To Kill a Mockingbird, should be the poster child and role model for the smartass. Harper Lee fashioned Scout as a bona fide smartass (she had smartass questions, smartass comments, and a smartass swagger to her style) and labeled as a troublemaker at school. I’d say Scout lies on the smartass spectrum of all the smartass types. I believe Lee purposely characterized Scout as a smartass to let us reconsider and reevaluate the words and insights of a child who provides their opinions, observations, and questions instead of writing them off as aloof, a clown, a self-loather, or a rebel.

Being that I teach the social sciences (history, economics, language arts), I value their “detrimental” characteristic as a highly valuable talent. I vividly remember smartass students usually had a good share of behavioral referrals written by teachers who just could not stand their smartass comments. Nevertheless, during the periods in class when I arranged debates over subjects like the U.S. Constitution, historical and current events, and other critical thinking subjects, the verbal troublemakers usually shined the most. It made total sense. The arena where ideas, critical thinking, facts, quick-witted comments, arguments and counterarguments, hypothetical instances, anecdotes, and other public discourse weapons intersect is where the smartass thrives. They live for those moments of verbal jousting and will work extra hard to make sure they are not bested in their sphere of expertise.

During our Constitutional debates, type 2-4 smart-alecks would run the whole show, hurling thoughtful insight on topics from affirmative and negative positions while type 1s would occasionally add their two cents to bring everyone back to reality. But in these debates and discussions, it was so surprising how professional, composed, and engaging they were when debating things such as habeas corpus and its relevance during wartime or which challenge the newly elected president should tackle first.

In my second year of teaching 8th U.S. History (2006-2007), I had a doozy of a smartass. Merlin had the type 2 and 3 smartass genes in his blood. He was a very comical type 2 smartass whose remarks made me laugh and sometimes I’d have to hide outside the classroom so students wouldn’t see me laughing at his inappropriate comments. However, I distinctly remember one day in October, Merlin’s type 3 persona took over the classroom and anyone within range, including me, were his targets. After the first one, I gave a look of concern and bewilderment to him. The others that followed, mostly launched at the end of the class period, were ugly direct hits to some of his classmates and to me as well. When class ended, I calmly and quietly asked Merlin to speak with me after class. I reasoned with him by asking, “What’s the deal, man? You were way off in what you were doing today in class. Is everything alright with you?” That’s when he broke down and cried about his brother having very severe health problems and it was wearing him down emotionally. I did what I thought was best at that moment- I listened to him throughout my off period.

Merlin never again had a type 3 tirade in class for the rest of the year. He actually became one of my best history students and most engaging and convincing debaters. Unfortunately, he failed all his TAKS (statewide exam) except for one – the history exam; he blew off the failing of the exams, but boasted to me, “Man those tests are a joke. But I passed yours, Mr. Hayes!”

I caught up with him on Facebook in 2012. He said that he was studying to become a paralegal and then hopefully a lawyer. It brought a Kool-Aid smile to my face to read that message because I was not surprised (In fact, I wonder how many lawyers are lifetime smartasses?).

Handled improperly, smartasses can tear down walls in just a few quick quips or in diatribes of destruction. There are ways to handle with care. However, you must acknowledge that smartasses have a valuable gift that can be used for the overall benefit of the class while developing their skill into a positive tool. Smartass students need patience, attention, and guidance on how to hone their valuable skill of smartassiness. Create time to allow them to engage in academic debates, get them to ask those annoying questions.

Look around, smartasses are everywhere. They could be your children, the lawyer in the courtroom (I wonder how many lawyers were/are smartasses), your school secretary. Smartasses are a special species- they get on our nerves and can get us to stay on our toes. Maybe, just maybe, smartasses keep us from becoming dumbasses.

5 comments on “Smartasses: You can teach with them, but you can’t teach without them”