The Cleanest, Coolest Rap that Connects with Classroom Curricula

Radio stations have been feeding lies to, not only your ears, but your intellect. With what is promoted in mainstream music outlets, there is a lot to dissect and complain about (trust me, I am baffled and left aghast with much of the content I hear). But, there is more that meets the ear when it comes to hip-hop music and its use in the world of academia; there are so many intriguing stories, socio-political insights, and parallels to classical literature that are laced in rap songs that you’ve probably never heard. Moreover, there is a decent amount of songs that have an intoxicating beat, smooth flow, no profanities, and poignant messages wrapped in an aural present for the academic listener. Here are my top seven:

“It’s funny how money change the situation/Miscommunication leads to complication.”

In Lost Ones, Ms. Lauryn Hill educates the miseducated on the topic of ethics and accountability for crooked actions and mal-intent. The song is laced with Biblical psalms such as, “wisdom is better than silver and gold,” messianic parables, “gained the whole world for the price of your soul,” along with contemporary urban wisdom, “trying to pretend that your word is your bond but until you do right, all you do will go wrong.” This is street ministry at its finest.

This song accompanies The Great Gatsby. The chorus itself directly speaks to Mr. Jay Gatsby: “You might win some, but you just lost one…When it’s all done, did you really gain from?” This is a lovely song with an important message to our young and adventurous Millennials, who, like many generations before, should temper their ambitions with moral/ethical behavior.

“I never show signs of fatigue or turn tired/Cause I’m the definition of tragedy turn triumph.” 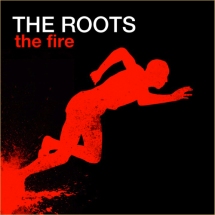 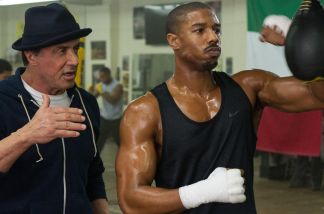 “The Fire” is like Bill Conti’s classic “Gonna Fly Now” in the 21st century; in fact, the new sequel to the Rocky movie series, Creed, included the song in the film¾very good choice. It should be in everyone’s workout rotation. The song is inspirational given its “quitting nor losing is not an option” mantra.

“The Fire” is the theme song for Odysseus in The Odyssey. It would be fun to play and analyze this song before entering the wild journey that Odysseus endures to get back home through his wily and persevering personality. The Life and Times of Frederick Douglass would be a great fit for history teachers as well. In fact, any underdog or perseverance themed stories in literature or history would be fitting for this lyrical gem.

“I didn’t arrive in your country with the choice of the Pilgrims/ I was hogtied and carried outside of my village.”

If playing an outlandish computer game to satirize the horrors of slave ships doesn’t fit your pedagogical appetite, try playing Hasan Salaam’s “Diaspora”. The song takes a first person perspective of an African man taken onto a slave ship. Salaam does a great job capturing the documented terrors of the Trans-Atlantic slave trade.

Olaudah Equiano’s biography connects lock and step with “Diaspora”. I used this song in my 8th grade U.S. history course to help students understand the slave trade and the various perspectives that captives held about their horrific experience. The result was quite successful and students appreciated the descriptive and insightful song.

“Dear future president/I hope you heard this letter and do some things to make sure the next one I’m writing is better/Peace!” 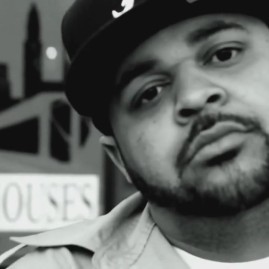 In 2008, after Senator Barack Obama became President-Elect Barack Obama, I had my history class listen to Joell Ortiz’s “Dear Mr. President” song (note: I played this song to my class and not Nas’s “Black President” song that I was quoted in New York Times). Ortiz takes the responsibility of letting the president know of his frustrations and trepidations about current and future conditions of his surroundings. After listening to the song, the students dissected and compared Ortiz’s observations of his ‘hood to their environment. Moreover, the song and election came at a perfect time in my class’s scope and sequence since we were talking about and debated Constitutional history and powers of the executive branch.

As a result of the student-led discussions about their living conditions, aspirations, and expectations of the soon coming “Black president era”, they decided to write their own letters to the president-elect. The final segment of the unit concluded with an inauguration day debate on what initiative the president should tackle first – interesting enough, jobs and healthcare took top billing among my energetic fourteen-year-olds.

In conclusion, Mr. Ortiz’s letter expressed frustration and hope, despair and optimism in the same breath. My inner-city scholars felt his pains and faith and matched them with a very engaging unit on U.S. government and civics, making them relevant to their lives.

This song can serve as a great way to discuss civics and the role of governmental systems.

“It’s the art of good nutrition/No graveyard inside my kitchen!” 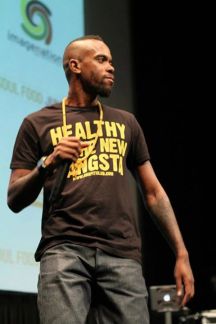 Rapping about veganism is not a popular topic in urban black and brown communities. It is definitely not a subject you’ll hear many rappers proclaim they follow, let alone rap about. However, stic.man, one-half of the very politically charged rap duo dead prez, delivers a fun and sobering anthem of eating right to live right. The songs are a mix between Sesame Street and CNN, as it sprinkles unflattering facts about health standards among ethnic minority communities and ways of improving dietary habits while rapping capriciously about healthy food ideas for people on an extremely tight budget. Stic.man and his wife actually turned their “healthy living” idea into a book that aims to educate poor Black and Latino population on how to create tasty dishes on below poverty line budgets.

This is a great idea to help people step their diet game up. Moreover, it’s great to compliment conversations on “gastronomics” (connections between health, food affordability and influencing economic factors). There are amazing documentaries about this subject such as Soul Food Junkies, Food Inc. and Supersize Me. You are what you eat!

“This ain’t funny so don’t you dare laugh/Just another case about the wrong path/Straight and narrow or ya soul gets cast!” 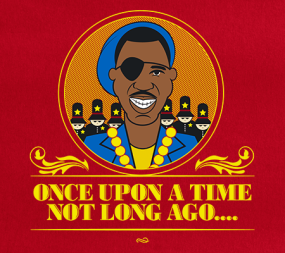 Slick Rick, if you do not know, is a rap O.G. He is your favorite rapper’s favorite rapper. Lyrics, delivery, voice, and storytelling all exquisite. “Children’s Story” is great song to that uses the age old “frame story” technique. Rick the Ruler’s classic song forewarns the youth the dangers of making a quick buck because you reap what you sow. Good night!

Frame story (also known as frame narrative or frame tale) is an ancient method storytelling (e.g. The Illyiad, The Odyssey, One Thousand and One Arabian Nights, and Canterbury Tales). Using Slick Rick to discuss the effectiveness of this literary device can help get the class alive.

“I like Nike but wait a minute!  The neighborhood supports so put some money in it!”

“Shut ‘Em Down” speaks for itself¾shut down the misdirecting, misrepresenting newsmedia; shut down the crooked music business; shut down the businesses that do not contribute to the neighborhoods in which they’re located. The whole catalogue of Public Enemy can be infused into secondary and post-secondary classrooms with ease. “Shut ‘Em Down” is a great one because of its special focus on economics.

Chuck D’s third verse gives a great reference to the circular flow model. This model can be applied to macroeconomics, and, in this case, microeconomics. The phenomenon of predatory or parasitic businesses in lower income neighbors is a thorn to many communities¾Do the Right Thing, 1992 LA Riots, etc. On a macroeconomic perspective, protectionist movements and sentiments (e.g. anti-NAFTA, anti-tax inversionists, Smoot-Hawley) can use Chuck D’s lyrical angst (I can see protestors in front of a WTO meeting chanting “Shut ‘Em Down!!”).

Rap Genius can help you obtain accurate lyrics and explanations of portions of songs. Also, listen to their entrepreneurial story at NPR Marketplace and a debate on intellectual property concerning the listing of song lyrics on the internet.

This entry was posted on February 12, 2016 by Jason Khaleed Hayes in Tips For Teachers.